Play UNO with more people at one time than you thought possible.

This version’s rules will have players passing cards until someone can’t play, pointing at other players to draw cards and linking two players together who must draw at the same time. There’s even a new Speed Play rule. Designed for 6 to 16 players ages 7 years and older, UNO™ Party is a fun game to bring together families and friends at parties and on game nights! 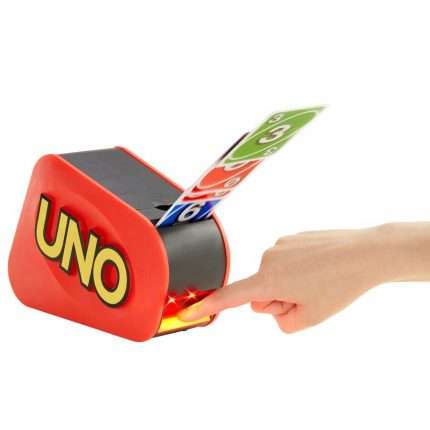